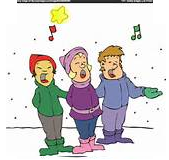 I like to be prepared, and in the past would start my Christmas preparations in August before the shops begin to brim with the tinselled tat that costs a bomb and lasts less than 5 minutes in the hands of an impatient child. I had a lot of people to buy for in those days and could not afford to do it all in one hit anyway. With young children in the house as well, a small fortune went on stocking fillers too.

Christmas was always a fight between their Mum and Dad (who had separated before I met them) over who would have them for Christmas Day. I got round the issue by inviting her and her partner to Christmas Dinner every year. After the pressies were opened, she would then take the kids back to spend a couple of days with her, so it worked well for everyone.

Masters of the Universe was the rage one year and naturally they wanted the whole set. I got together with their mother and suggested she and her family buy all The Bad Guys, and their Dad’s side would buy all the Good Guys. That way there was no possibility of any duplications and they could also have the castles for both sides. Another year they needed new bikes. New was totally out of the question, so again I contacted their Mum and we went to an auction. We managed to get 2 mountain bikes that only needed a coat of paint for around £20 each. The bike they had outgrown was given to a young boy we’d fostered that summer, and he was over the moon with it (ET eat your heart out).

I always made my cake in October, dosing it up with brandy every couple of weeks until the first week of December when I’d marzipan it, finally icing it the week before Christmas. My friend used to leave making hers until mid December. One year her son came home in the evening and cut himself a mighty slice as it was cooling on the tray. She merrily marzipaned and iced it anyway, and when he asked for a piece on Christmas Day, pointed to the gap and said he’s already had his!

I had some terrific Christmases as a child, and tried to bring some of those traditions to the family I was then living with. My last Christmas with them was a good one.

Commercialism and greed has spoilt it though. It’s advertised too early, when Mums and Dads are already fretting over how to pay the winter bills, and most kids today seem to have no sense of money. They expect everything simply because they ask for it, then become almost impossible to live with because they didn’t get their heart’s desire (in my book, TOUGH!).

When I met my husband, we were both broke yet our first Christmas together was one of the best I can remember. We were in rented accommodation and having no dining table, sat cross legged at the coffee table for our Christmas Dinner. I’d pulled out all the stops and our plates were groaning with all the trimmings expected with a traditional meal. Our tree, the 12″ top that had broken off a bigger one, cost us £1 and was surrounded by balloons and little parcels, including some for the dog. We did all our present shopping at car boot sales, spending a total of around £10, but everyone had something. Whether they liked it or not we didn’t care, at least they weren’t forgotten and I know my sister liked her set of yellow rubber ducks we’d got for 50p even though she was 38. 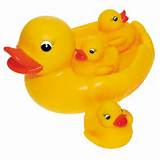 Gifts to each other ranged from a key ring and chocolate santa to packets of peanuts and salt and vinegar crisps.

Today, we live so far away that we only send cards to the family apart from a little parcel to the Mums. We buy ourselves an ‘Us’ present (DVD, CD or similar), then the last shopping day before the shops close, we each have £10 and go off in different directions for an hour to buy little things for each other. It’s a lot of fun, and we have only ever duplicated 2 items in the 24 Christmases we’ve shared. We still eat all the traditional things, though I cheat by buying the pudding and a fruit cake which I marzipan and ice myself. We both over-indulge as is expected at that time of year and stocks of ant-acids have been increased in readiness!

I love Christmas again now. Ours are full of love and little pleasures long forgotten. We are opening parcels for a few days, nothing is rushed and we have no whining kids or drunk relations to worry about. If we want to pad around in our jim-jams all day, who’s to stop us? Total Bliss.

All those years ago we’d do the Santa run, loading up the car on Christmas Eve and visiting the family. We’d get to see everyone over a couple of hours for a few minutes and about 50 miles, but without the refreshments. Christmas Day however was for us.

It became a standing joke that people truly believed we’d shut ourselves away late on the 24th and stick a notice on the door:

We’ve wished you all a Merry Christmas, now sod off!

I am a retired number cruncher with a vivid imagination and wacky sense of humour which extends to short stories and poetry. I love to cook and am a bit of a dog whisperer as I get on better with them than people sometimes! In November 2020, we lost our beloved Maggie who adopted us as a 7 week old pup in March 2005. We decided to have a photo put on canvas as we had for her predecessor Barney. We now have three pictures of our fur babies on the wall as we found a snapshot of Kizzy, my GSD when Hubby and I first met so had hers done too. On February 24th 2022 we were blessed to find Maya, a 13 week old GSD pup who has made her own place in our hearts. You can follow our training methods, photos and her growth in my blog posts. From 2014 to 2017 'Home' was a 41 foot narrow boat where we made strong friendships both on and off the water. We were close to nature enjoying swan and duck families for neighbours, and it was a fascinating chapter in our lives. We now reside in a small bungalow on the Lincolnshire coast where we have forged new friendships and interests.
View all posts by pensitivity101 →
This entry was posted in food, Friend and Family, Frugality, Memories, My life and tagged auctions, broke, car boot sale, children, christmas, parents, sharing, stockings. Bookmark the permalink.

3 Responses to Christmas Past