We have two tiled walls now and although not yet grouted, they are looking good.
The shower fitment is secured against the wall and we have no leaks. The bracket will also be refitted and for that it means more tile drilling. Hubby has the necessary bits for the job, and the trick of sellotape still works.

It has been a hard slog though, and getting the first tile in proved to be a nightmare.
The wall was not flat or straight and the first tile took an age to get right.
Jiggery and Pokery would make a good name for a company if Hubby were to go into business. Better than Botchit and Leggitt  who would’ve slapped on the tiles regardless.
END_OF_DOCUMENT_TOKEN_TO_BE_REPLACED

Jim Adams is our host and today’s theme is Yacht Music as suggested by John Holton.
This is a new category for me, but with Jim’s summation and that of other readers, this one came to mind…………….. smooth!! 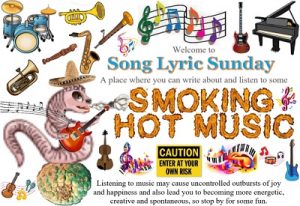 “Take It to the Limit” is a song by the Eagles from their fourth album One of These Nights from which it was issued as the third single on November 15, 1975. It reached No. 4 on the U.S. Billboard Hot 100 and was also the Eagles’ greatest success to that point in the UK, going to No. 12 on the charts. Billboard ranked it as the No. 25 song for 1976.
END_OF_DOCUMENT_TOKEN_TO_BE_REPLACED

Brenda Warren is our host and you can join in here.

It had only taken a minute to switch the papers and alter her marital status. She had disappeared years ago, reinventing her life with a new identity, but a new photograph had been released on the air during some missing persons show.
She had to be firm and leave before some bright spark put two and two together and strip her of her new life.
Her vision blurred with tears as she locked the door for the final time and pushed the key under it. No turning back now. She was on her own……….. again.

Sadje is our host for the Sunday Poser series.

This week her question is:

Do you think how we turn out is in our control?
Are we what we are made to be or are we what we make of ourselves? We are all unique individuals, some of us alike in our manner and characteristics, others totally different to us, but unique all the same.  END_OF_DOCUMENT_TOKEN_TO_BE_REPLACED

Here are Rory’s latest Dawdler questions
Have you learned anything new about your personality that you didn’t know beforehand whilst on your blogging journey?

What are your last thoughts of the night before you turn your lights off, ready to sleep?

What is the most ridiculous thing you have ever heard anyone say, write, or blog about?

What can you do today that you were not capable of a year ago?

END_OF_DOCUMENT_TOKEN_TO_BE_REPLACED

Sarah is our host for the Saturday Mix and this week we have the story cubes! 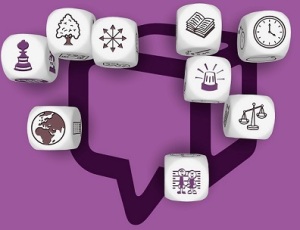 Welcome to the daily Three Things Challenge!
Use your imagination and creativity using one, two or all three words that may or may not be related.
There are no restrictions regarding length, style, or genre, though please keep it family friendly.

Tag your responses with 3TC, #threethingschallenge or TTC, and you can add my logo if you wish.

END_OF_DOCUMENT_TOKEN_TO_BE_REPLACED

It’s midnight and I’m finally catching up with yesterday’s posts and comments. As I’m still awake and it’s our own choice for love songs, I’m going with this.
No particular reason, just one of Lulu’s best.

My choice of theme today for Bee’s musical challenge is a song specific to you and your spouse.

Our musical taste is very different, and there are several songs that we have both liked over the 34 years we’ve been together.
I’ve chosen this one today because Hubby is my hero as he gets rid of the spiders for me and is always there for me.

Tiling was on the agenda today, but we hit a small snag in that we thought we might not have enough tiles as none of what would be cut offs could be used elsewhere. We phoned the store and after a bit of searching as the product code had changed because it was now a discontinued line, they had three boxes left at a discounted price, so we reserved all three.
We therefore lost an entire morning having to run around and Hubby couldn’t start until after lunch, our second day of vegetable stew.
END_OF_DOCUMENT_TOKEN_TO_BE_REPLACED